I can say that I’m really lucky that I had the opportunity to meet these two wonderful people: Andreea and Ionut. First contact with them was when I filmed the Christening of their beautiful daughter Ayleen. They were really pleased of what came out of my hand and trusted me to film their wedding too. Oh, by the way, “Love never falls” is their motto.

It was one of the most beautiful weddings I’ve been until now. Everything was great: the civil ceremony was in the biggest garden of our city, not an usual ceremony like how I was used to film in a tiny room. They did the civil ceremony in a different day so they had a relaxed wedding day. In the wedding day, Ionut, the groom, rented two awesome epoch cars so he took his bride, Andreea and headed to the place where the religious  ceremony took place.

After the ceremony I took some great B-roll shots of the area and details and waited for the people to come for the party. Oh, the party! We had so much fun. The formation really knew how to entertain people.

After the wedding, we left the town for three days to film the Trash the dress. This happened in Piatra Neamt, where we visited a historical citadel, after that we had a boat trip on a lake near a dam and the last place was another lake but it started to rain and we didn’t spent too much time there.

Ending the story, I will let you watch what came out. Enjoy! 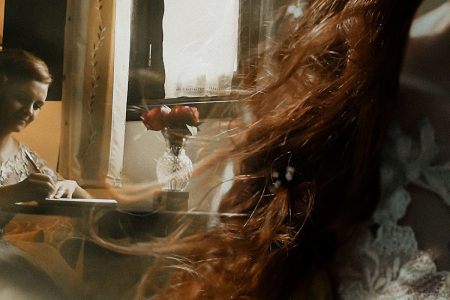 Emotional letter from a bride